My Cayuga duck was diagnosed with arthritis early in 2012 at the age of 6 years old. She was prescribed Metacam, commonly given to control pain and inflammation; with the warning it could damage her kidneys over time. No other options were available from the vet, so began my search for a safer alternative.

I found it in the form of Young Living copaiba essential oil. I discovered it can be used as a direct replacement for Metacam as it too can be used to control pain and inflammation, but without the side effects. I was given advice on its safe use and various application methods. Some worked for us, others didn’t. Beauty was taking the full dose of Metacam for her weight of 1.9kg when I began treatment with the copaiba. I started slowly introducing it in the mildest ways possible and then increasing the copaiba and decreasing the Metacam until she was comfortable on just the copaiba. It is relatively easy to recognise the discomfort levels of a lame duck if you have more than one. So I monitored her closely making sure she wasn’t in any extra pain as I made the switch. - Groups of ducks tend to do everything together; they will stay together, foraging and laying down together. A lame duck in acute pain will lie down more than the others and tend not to stick so closely with them, often being last to reach anywhere they are all going, or spending more time entirely on their own. They are also more likely to lie down while feeding. You want to avoid the excessive lying down as this can lead to further problems such as pressure sores.

My aim is always to provide enough relief to keep her on her feet as much as the others. I tried a few methods of application before I arrived at what works best for us. With all methods the copaiba was given in the smallest dose possible, diluted rather than neat and then increased slowly until the best dose was achieved. IE, the smallest dose that worked effectively.

Topical application: This was not an option for us as I don’t handle Beauty on a regular basis and it would quickly have become stressful for both of us. But the idea is to rub it directly onto the skin in the affected area once or twice a day.

Misting: The copaiba is diluted in water in a misting bottle and sprayed onto the feathers once or twice a day. The idea is the duck ingests the copaiba as they preen. I tried this method, but outdoors the mist was frequently blown away from her and she was stressed by me trying to apply it anyway.

Diffusing: I found this method very successful during the earlier stages of her arthritis. My ducks are free ranging during the day but housed in a modified shed at night. So I set up the diffuser on a shelf and ran it during the night. She remained on this method for many months and I was able to stop the metacam completely during this time. I was using about 4 drops of copaiba and running the diffuser dry each night. In the confined space she was inhaling the mist and also getting it on her feathers which she would then ingest while preening. I did not separate the other ducks, so they all got the dose. But copaiba is so gentle it was not an issue. And they all seemed to enjoy it. At the very least they did not mind it at all.

Orally: After about 12 months of diffusing the copaiba, I noticed signs that Beauty’s discomfort was increasing so I decided to introduce it orally. I tried many ways of getting her to take it, but she hated the taste, so unlike the Metacam which I had just put on a little bread titbit, that was not going to work. Eventually I bought empty supplement capsules and put the copaiba inside them. I then used a little piece of doughy bread and moulded that around the capsule to hide it. This worked well, with her eating it like a treat. I increased the oral dose while decreasing the diffusing until she was only taking the copaiba orally. She was on one drop of copaiba orally per day for many months. I increased it to 2 drops when it became necessary. She did well on this dose for may be 12 months, again with only pros and no cons.

It has been about 3 years of treating her and she is still doing very well. She has had Metacam intermittently during that time, due to my circumstances not down to her or the copaiba though. We are now moving onto another stage and I am trying to get her used to the taste of it so I don’t have to use the capsules. I am mixing small amounts into a mash which she enjoys (left over whole food diet for parrots food!) and so far she is taking it without question, probably because I feed the other ducks their mash at the same time rather than separating them. As you can see in the photo she is rather grey with age now, but she is still just as mobile as my other ducks and doing very well. I hope sharing my experience will be helpful if you find yourself in a similar situation. 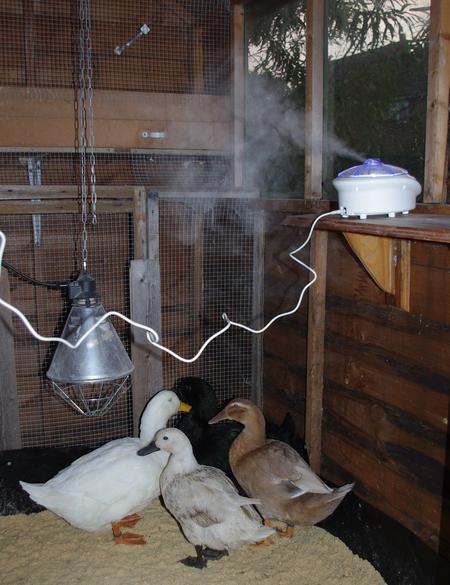 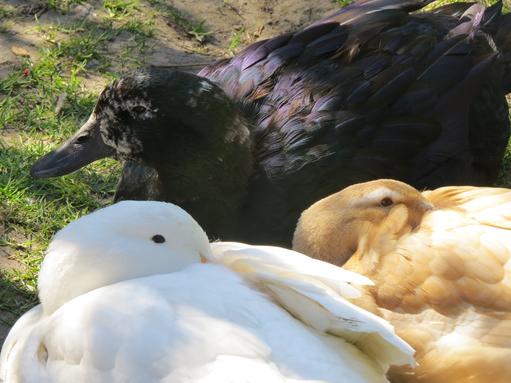