​Converting a Cockatiel to the Whole Foods Diet 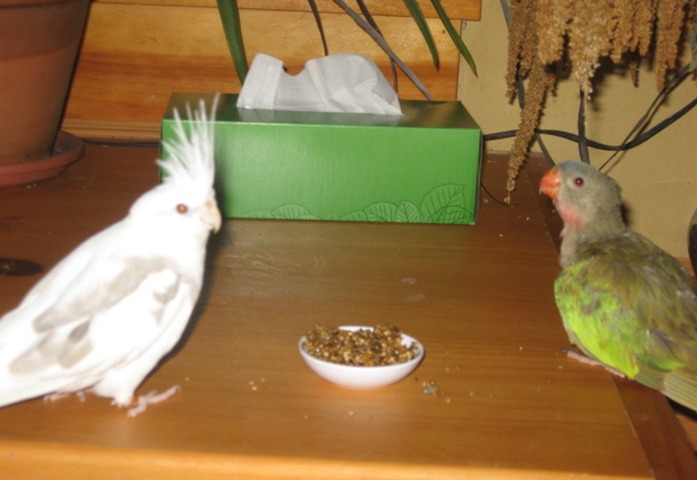 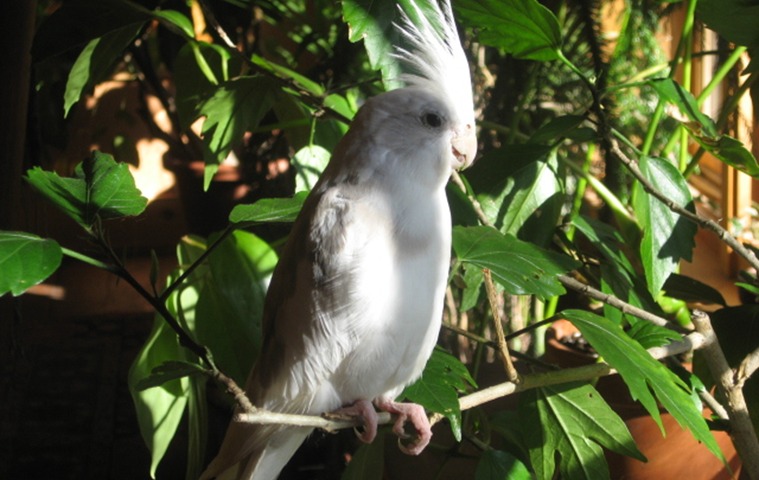 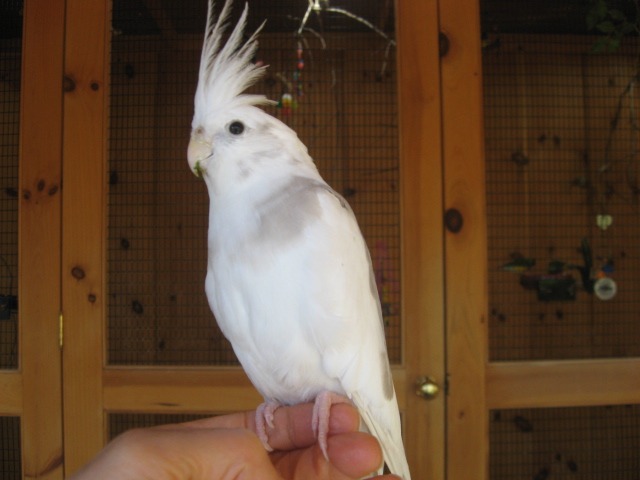 When my cockatiel, Lou, came to me at six months, she was eating only four foods: fresh greens (lucky me!), brown rice, fortified tiel seed and Zupreem fruit pellets. She was a great eater, but only consumed those four foods. She would not eat sprouted seeds at all.
Here are the steps I took:
- I analyzed the seeds in the fortified seed mix and made a similar mix out of plain seeds with nothing added. She accepted this plain seed mix right away. It was basically a very small finch millet blend with a few safflowers and sunflowers.
- Since she was eating the new seed mix I took away the fortified seeds but I let her keep the pellets, otherwise she would get sleepy.
- Next I began sprouting the new unfortified seed mix and mixed a tiny amount of the sprouts into the unfortified dry seeds twice a day. This was tricky because if she tasted too many sprouts she would refuse to eat the seed mix. I was able to gradually increase the amount of sprouts over about a five week period, just a small increase every five days or so. Eventually she would eat 100% sprouted seeds from this mixture of finch seeds, safflower and sunflower.
- As soon as she was eating about 30% sprouts, I removed the Zu Preem pellets and began adding my whole foods diet supplements to her dry and sprouted seed mixture twice daily. I also added some Arbico fly larvae/pupae powder as a sprinkle about three times per week, as this is very high in protein. At this point, Lou was just a seven month old tiel still going through her first molt which is why I wanted to make sure that she received ample protein and supplements. She had no problems with the fly larvae or supplements.
- Since she already accepted fresh greens when she came, I offered fresh dark leafy greens hung up near her seed bowl twice daily.
- Since she already accepted brown rice when she came, I offered cooked organic brown twice daily during the conversion period.
- To introduce some protein foods, other than the fly larvae/pupae, I began to offer a little hard boiled egg with shell twice per week. She avoided this at first but I could see that she was looking at it, so I just kept offering it plain (not mixed into other foods) and after about five feedings, she dove in. She now needs to be rationed on eggs, so I only offer her eggs with shell once per week.
- Each night before bed I gave her a bowl of the plain dry seed mix she likes: finch seeds plus suns and safflowers.
- Eventually, after about five or six weeks, I had her eating rice, eggs (once a week), greens, sprouted seeds, dry seeds and supplements. But I needed to convert her to my whole foods diet which she still would not touch (i.e. a mixture of vegetables, fruits, nuts and a wider variety of sprouted seeds and grains).
- I then began to mix her favored sprouted seed mix into the whole foods diet that I prepare for my other parrots twice daily. Again, I started with just a hint of the WF diet, then slowly increased the WF portion each day. This took many weeks as she only wanted the plain sprouted mix and would get sleepy when there was too much of the whole foods diet in there. But eventually she accepted it.
- The final step that I took was to make her "orange rice" once daily, which is a mixture of brown rice with mashed, cooked squash, yams or carrots. What is good about this rice dish is that she is not able to pick out the rice pieces without getting the orange vegetables with each bite of  rice since the orange vegetables are so mushy. I started with just a tinge of orange, then slowly increased the orange to half and half with the rice. She ate this very well.
Over a several month period, Lou adjusted to the whole foods diet and now eats all of the foods readily. Her energy levels have increased and she is playful, joyful and exuberant. She seems to love her food and her life and appears to feel fantastic!
Lainey Alexander
​
Disclaimer: These statements have not been evaluated by the Food and Drug Administration, or by any veterinarian. All information, including any product or technique mentioned, is for educational purposes only. None of the information is intended to diagnose or treat any disease.